The Talladega National Forest has recently experienced pine mortality from the Ips engraver beetle. Like damage from other pine beetles, pines dying from Ips transition from green to yellow to red needles as the tree dies, and red needles can persist for weeks before the needles fall. This "red flash" indicates recent dead--even the leading edge of spreading mortality in some cases--but NDVI decline reflects the cumulative mortality or salvage logging that has occurred since the baseline dates. Algorithms that can identify this "red flash" might provide useful indicators of insect activity and the extent of the problem within a longer term context is reflected with a baseline condition from 1 or 2 years prior to the current date.  Shorter-term changes in NDVI can be useful for rough estimates of recent pine loss, though comparing change to evergreen across seasons can introduce errors caused by uncorrected shadows and mixed deciduous-conifer compositional factors.

From frequent MODIS imagery viewed through ForWarn II, April of 2020 in this area appears to be slightly behind the same time in 2019 in terms of green-up. So clearcuts with a deciduous component could also show departures in NDVI due to less advanced greening this year. That could provide a third cause of local change, but one that will go away once summer has arrived. 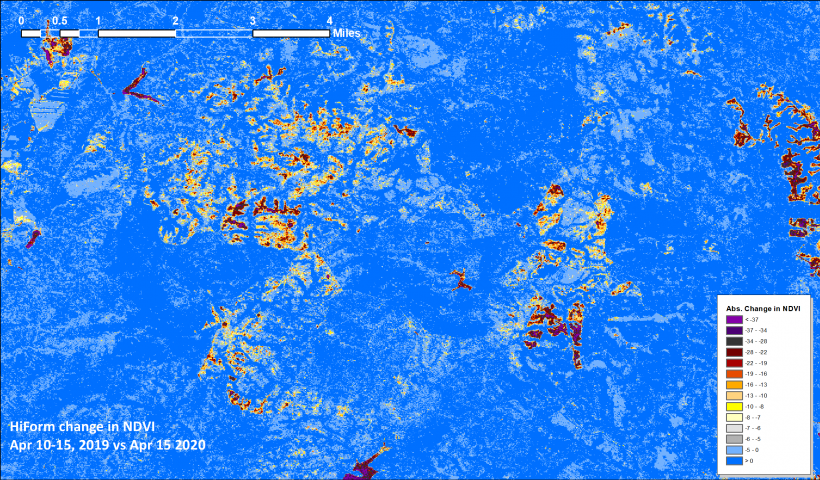 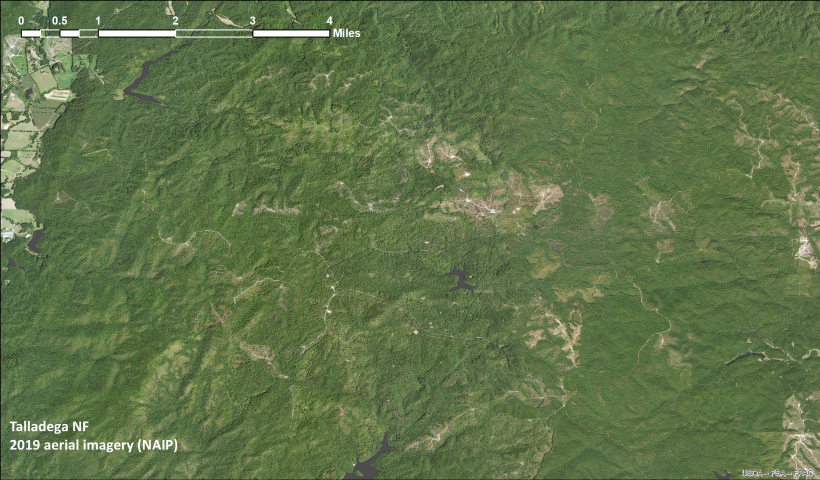 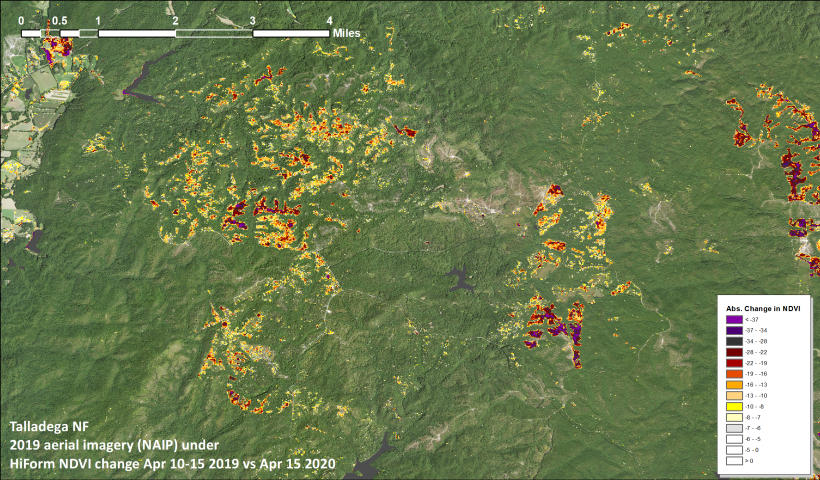 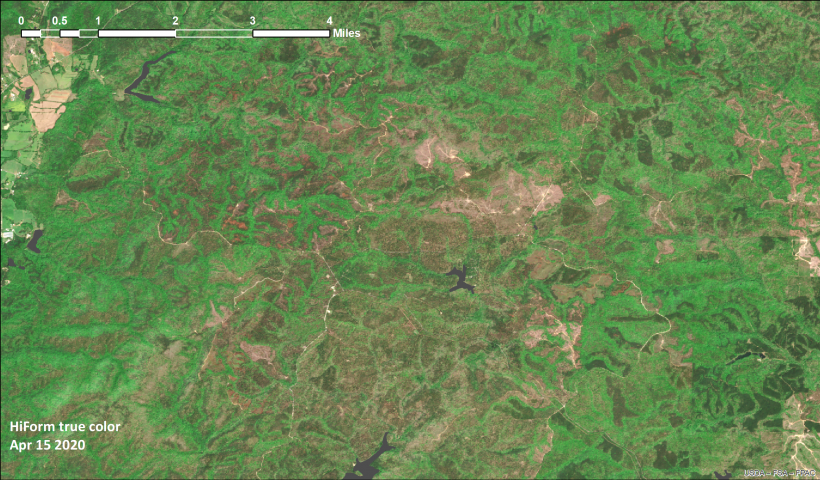