The EF-4 Beauregard-Smith's Station tornado from March 3, 2019 tracked through Alabama and Georgia for 75 miles according to the Sentinel 2 track shown below. The strongest of several that formed that day, it killed 23, injured 90, destroyed homes and a substantial number of trees.  The 10m HiForM map records with remarkable detail  the path and strength of twin funnels on the western end at first with the smaller of the two being less linear than the main funnel. As the storm passed through this fragmented landscape deciduous forests and low young dense plantations seem to show less impact than mature pines with even open shelterwood longleaf receiving damage. NOAA estimates winds to have reached 170 mph. 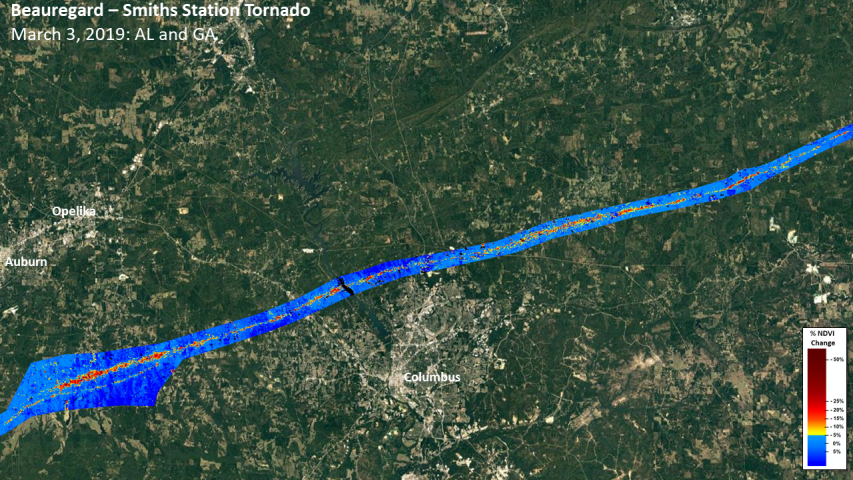 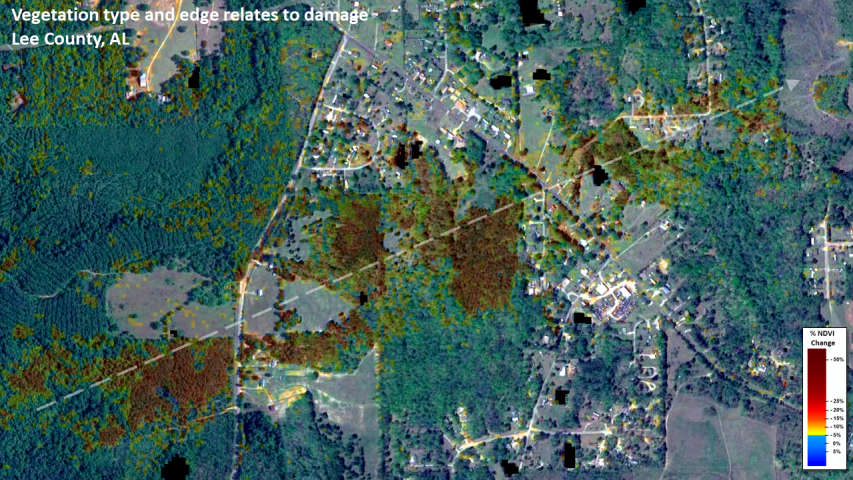 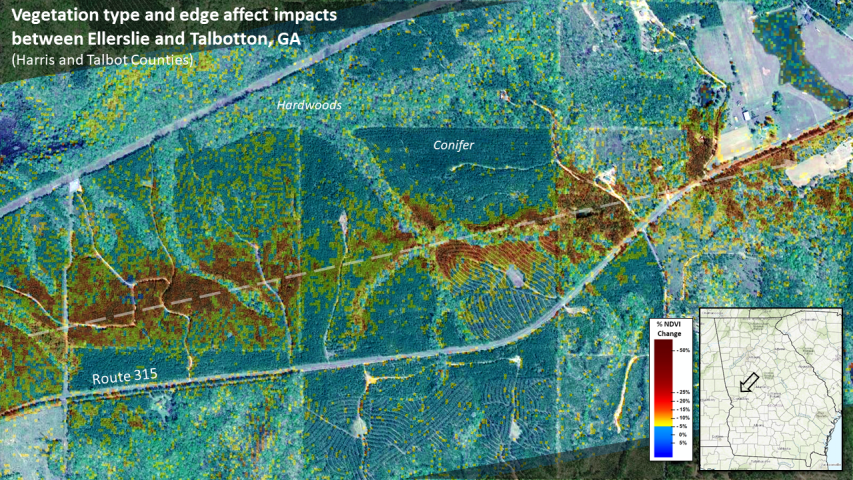 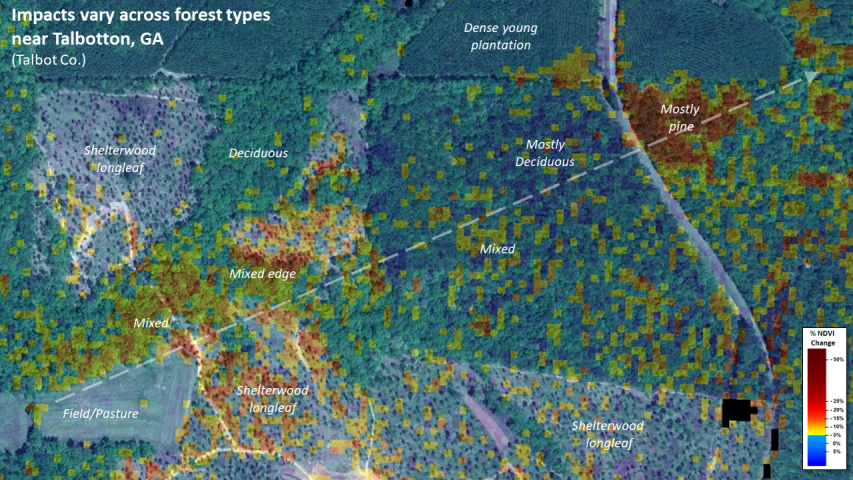 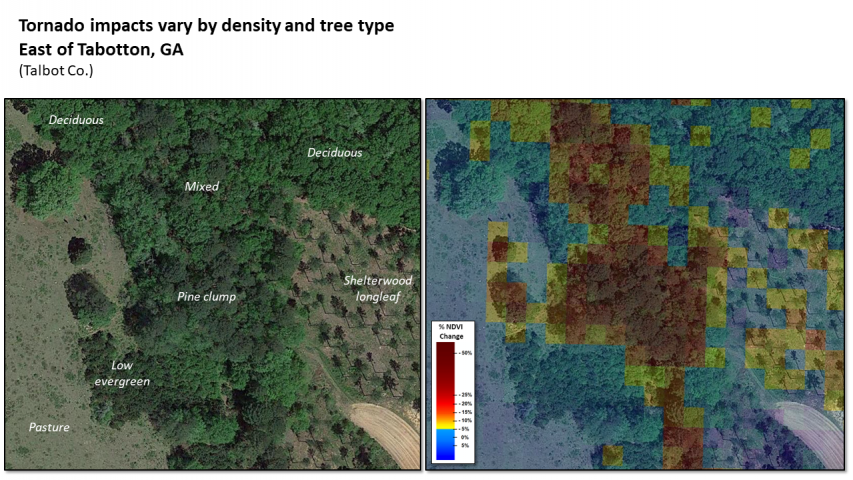