These maps show the relative severity of damage from severe wind that occurred in South Carolina on April 13, 2020 as part of the 2020 Easter Tornado Outbreak".  Analysis was conducted using corrected surface reflectance products in Google Earth Engine using the Sentinel 2 satellites of the European Space Agency. A recent pre-storm 2-day composite was generated for April 8th and 11th. This baseline had some clouds but few likely affected the primary paths of the storms. The post-storm image was from April 13th and also has clouds. Absolute NDVI change was used in these products for simplicity and clarity. NDVI, or the Normalized Difference Vegetation Index is sensitive to foliage, and as damage includes downed trees and leaf stripping, that both are key targeted phenomenon we seek to capture to map the storm. These impacts may be overlapping, however, and their implications are quite different. Leaf stripping in the spring can be ephemeral and not be associated with any woody tree damage whatsoever (we were at about 50-60 percent green-up here based on recent MODIS). Severe damage is more likely in the orange and red areas, and that can include tree falls and serious crown damage, but ephemeral and actual damage can be hard to resolve without higher resolution imagery, such as from drone flights, or time spent on the ground. In floodplains, drops in NDVI may also include a bit of standing water--a common problem when post-event imagery is from right after a storm passes. Clouds are also in these images, and they are usually indicated by the color purple, but there are purple areas within the middle of the worst sections of the tornado tracks as well. 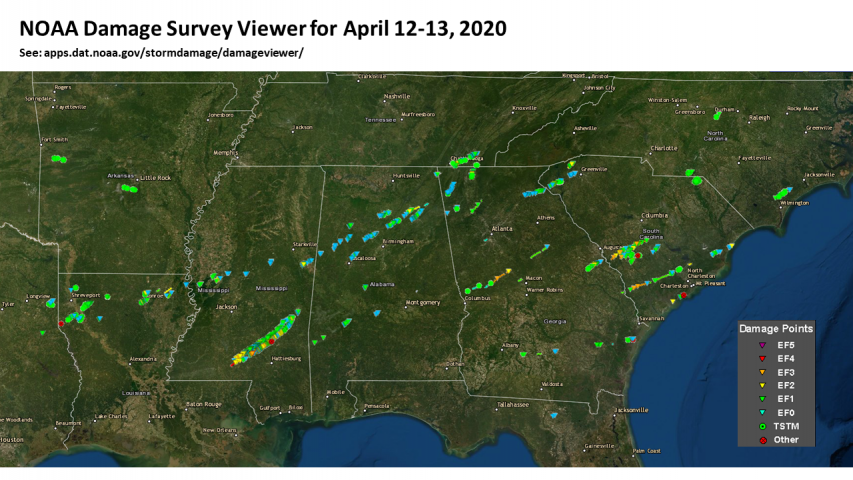 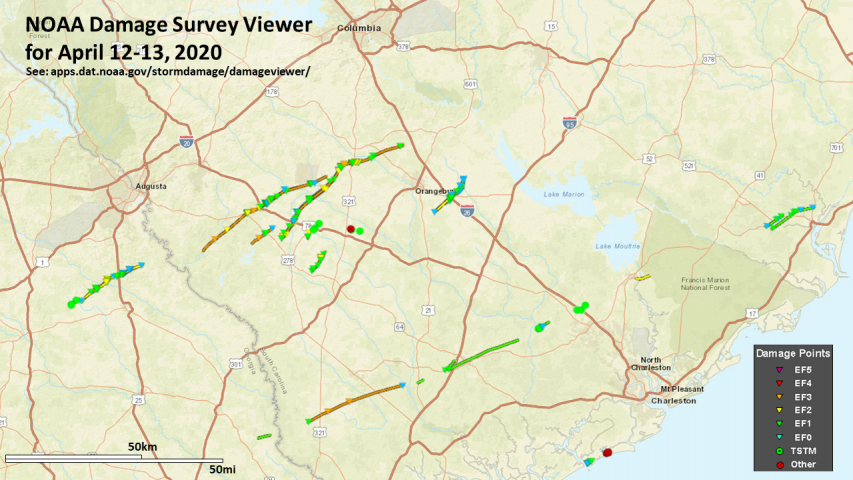 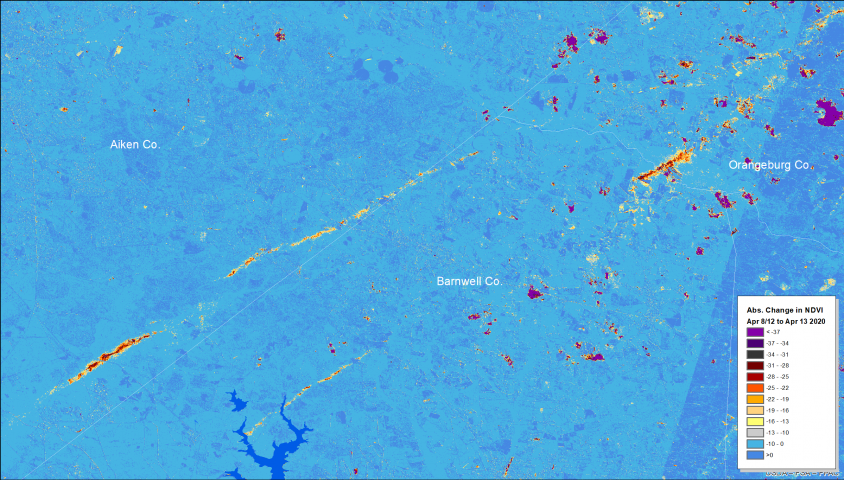 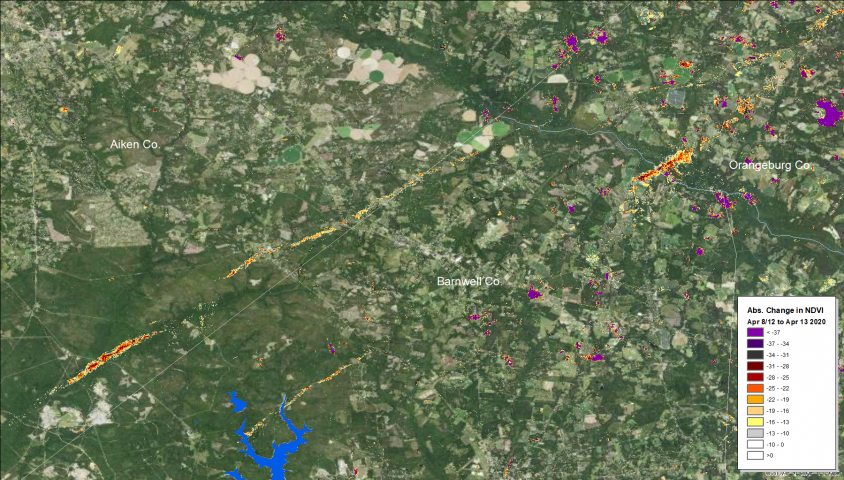 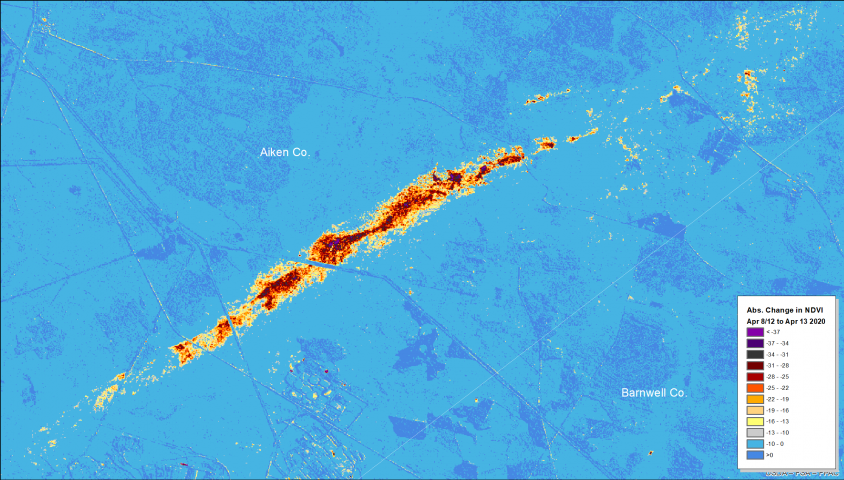 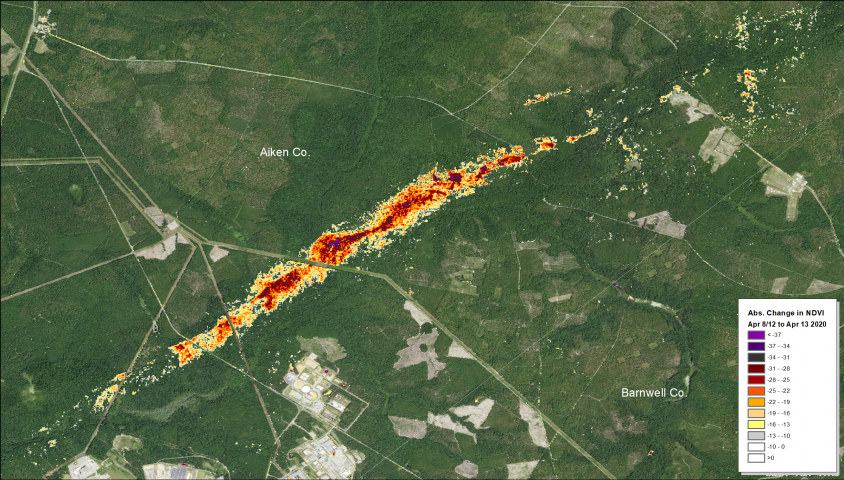 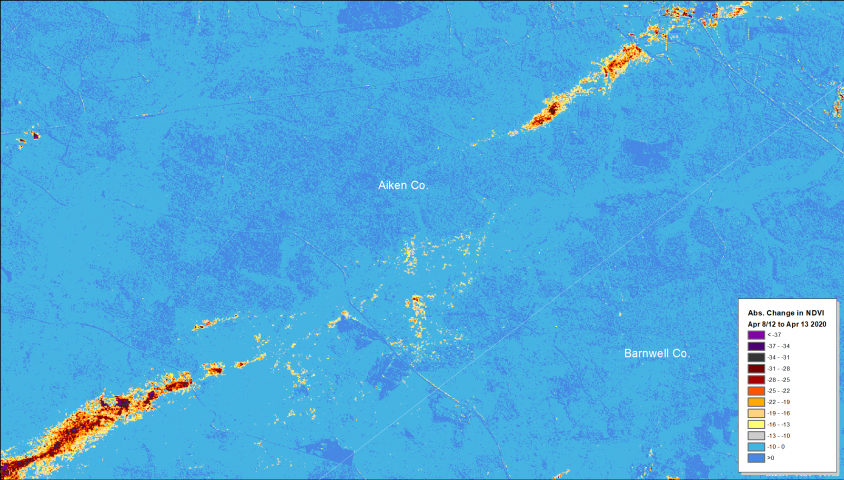 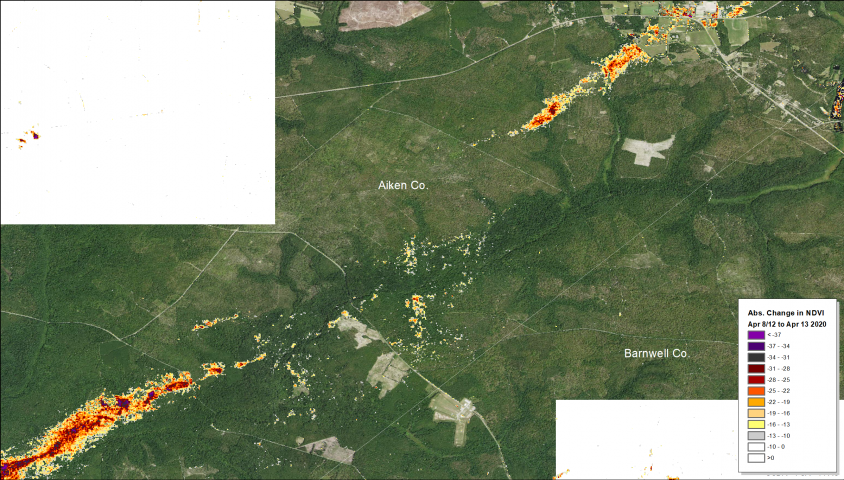 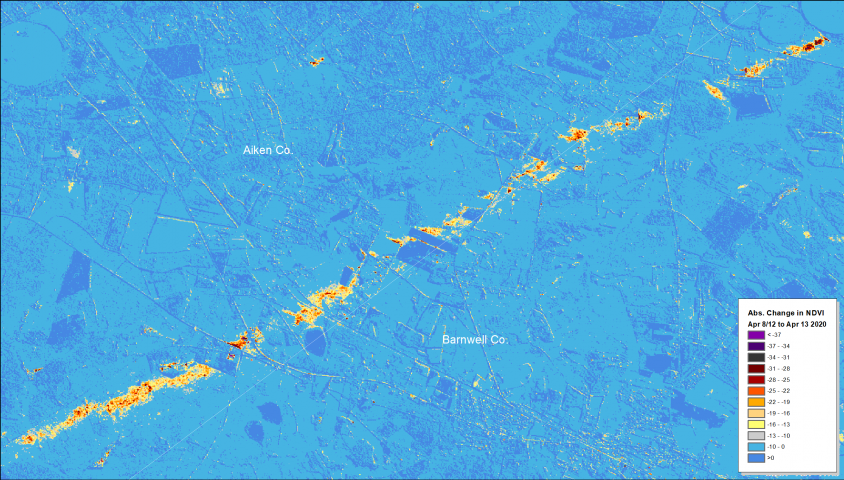 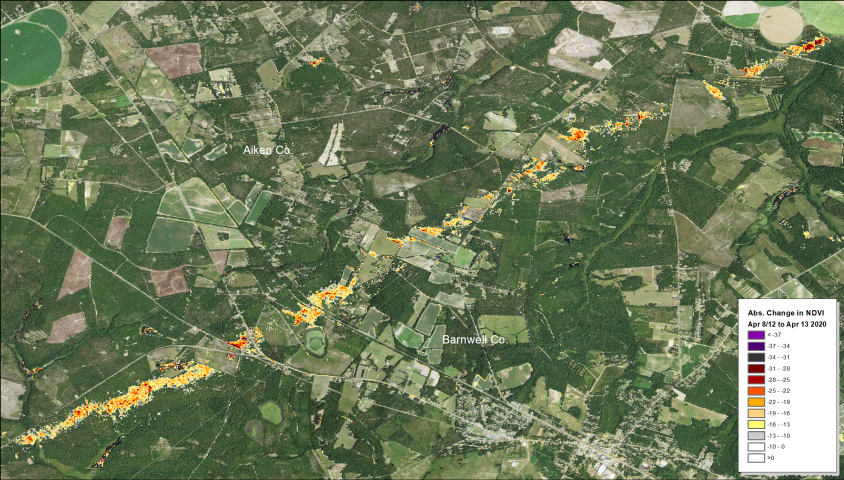 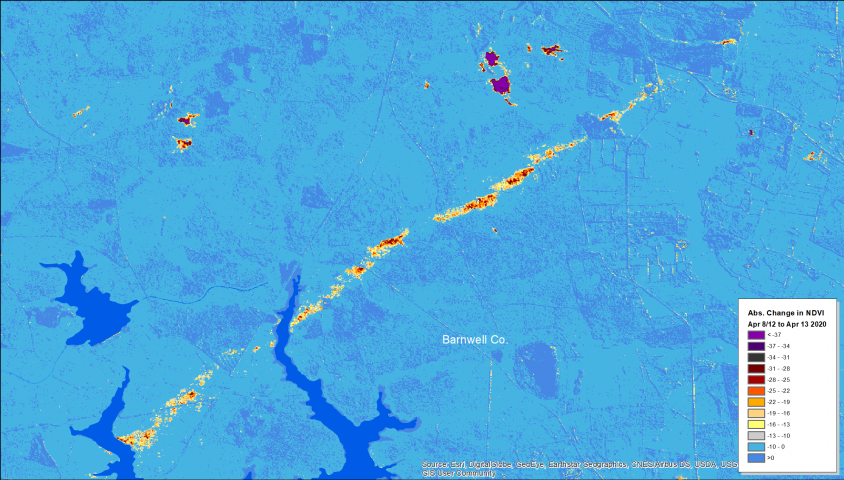 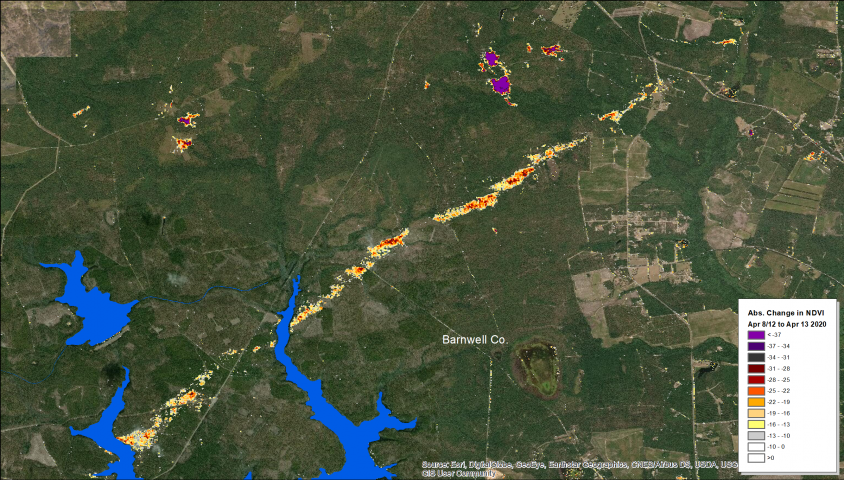 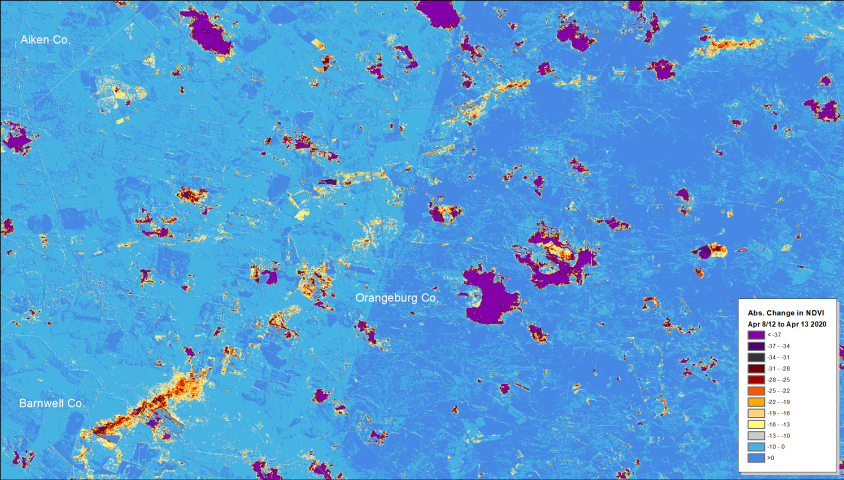 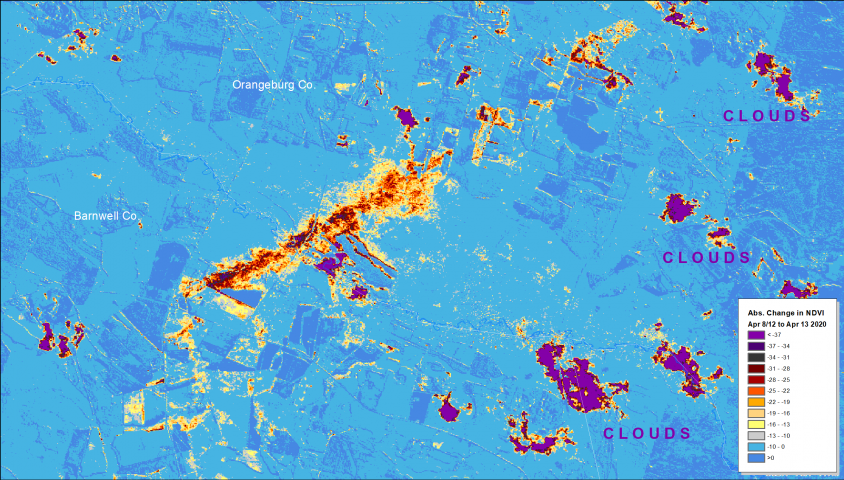 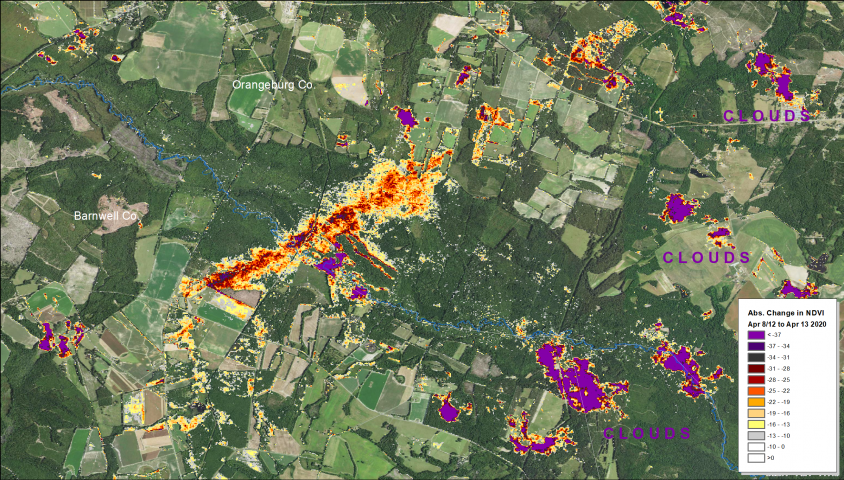 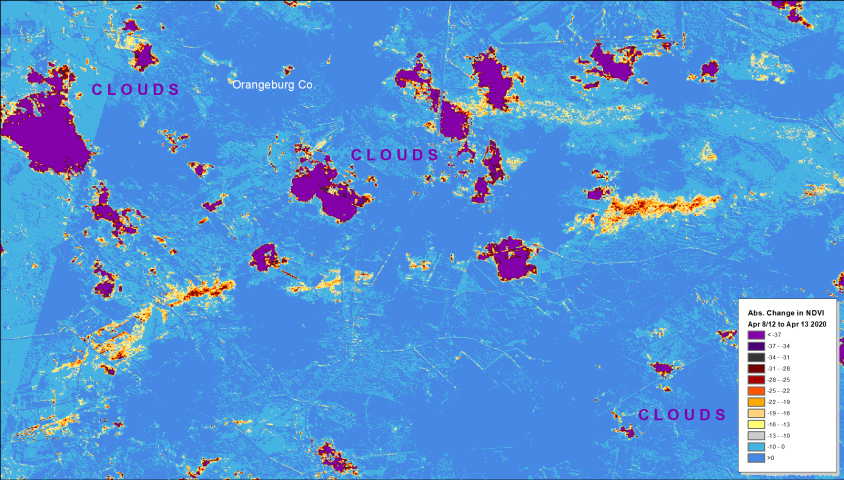 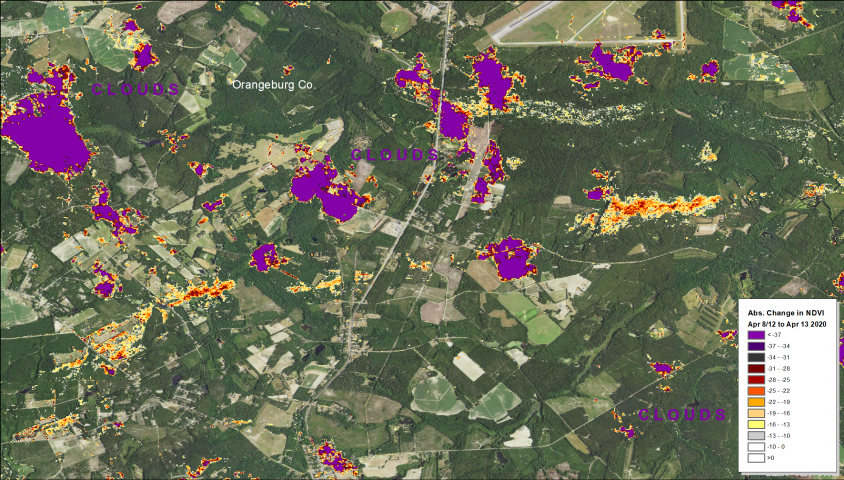 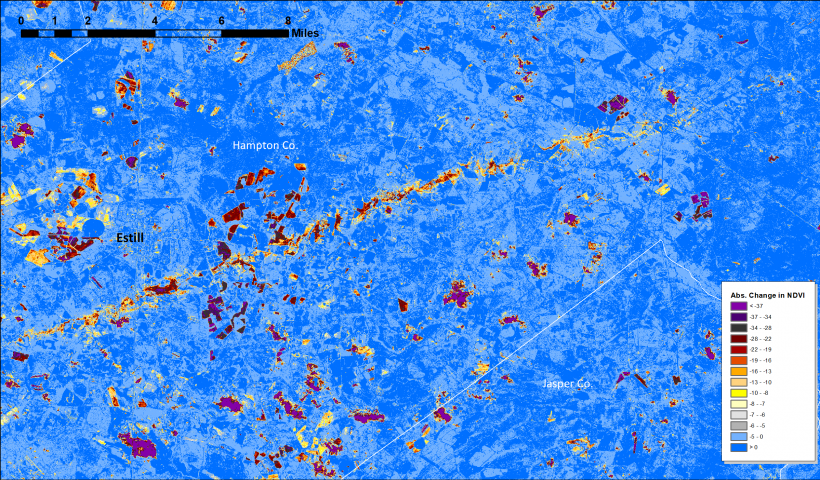 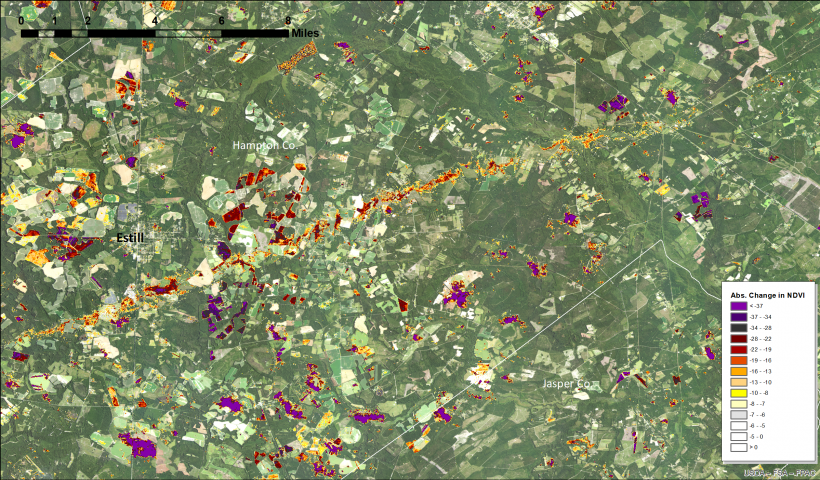 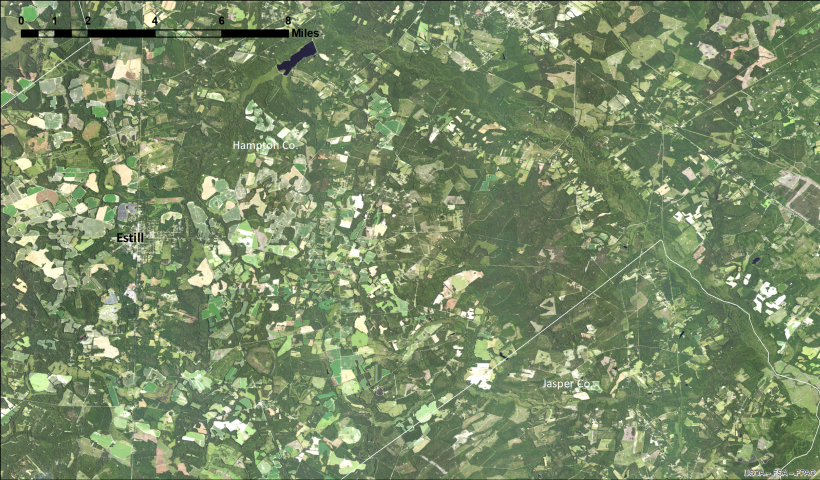