Storm effects show up on May 3, 2020 when Sentinel-2 imagery was acquired; and for the maps below, it is compared to a seasonally-similar time in 2019.

There are two recognizable patches in southern Ouachita County; apparently both from this same event, though the western patch was of lower intensity. 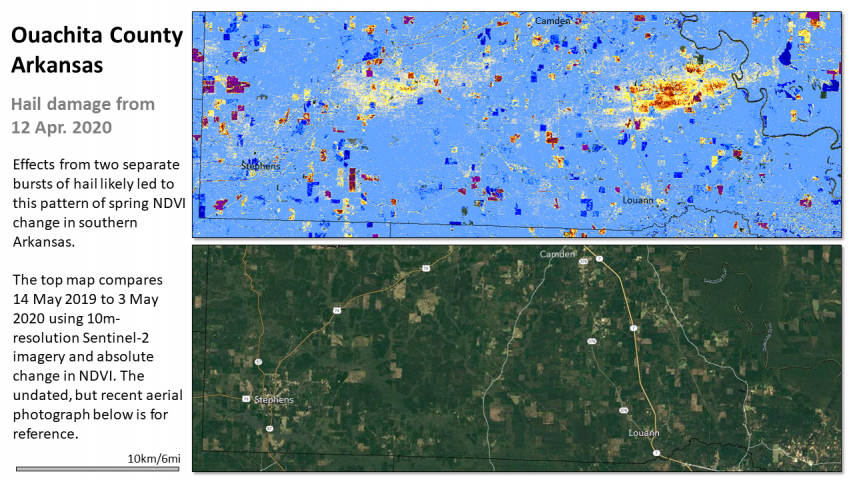 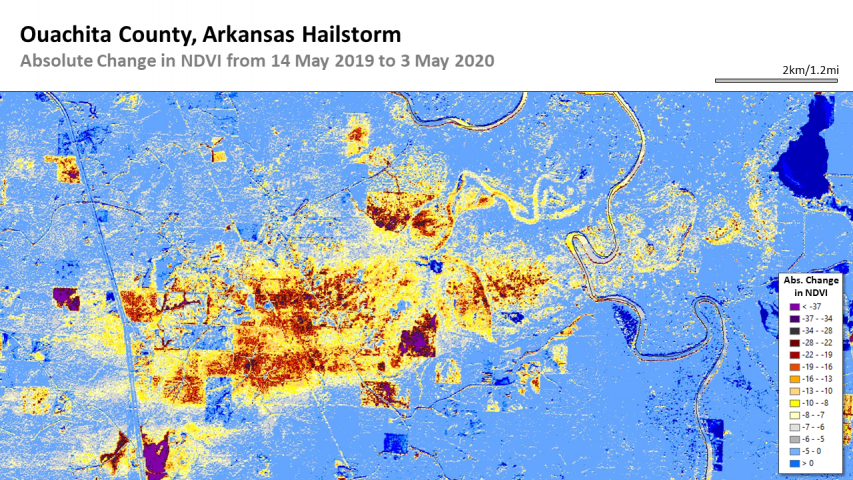 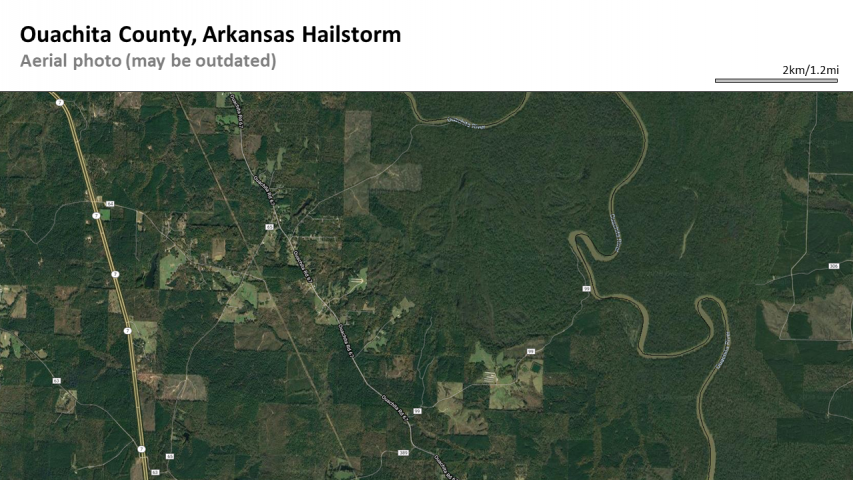 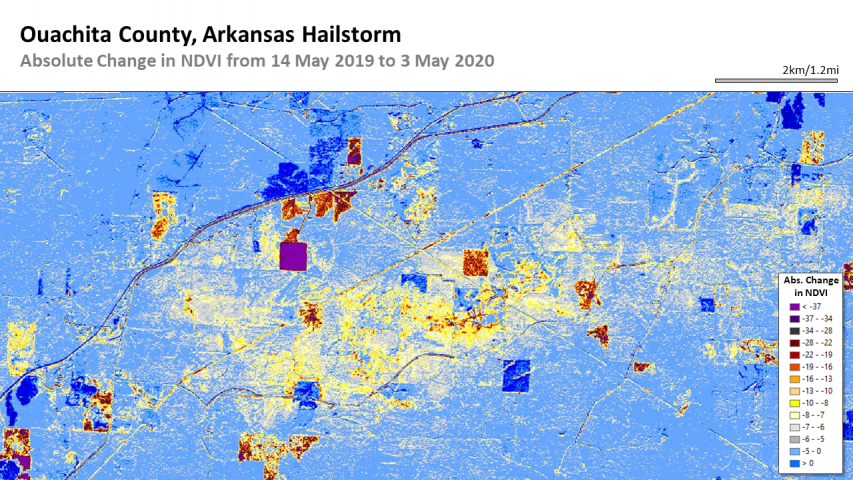 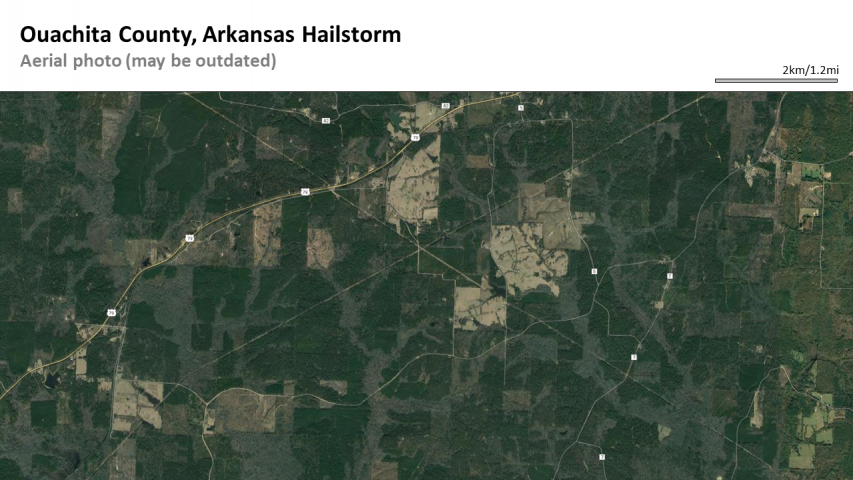