After passing over western Cuba, Hurricane Ian made landfall near Fort Myers, Florida on 28 Sep. 2022 where it wrought devastation. This early assessment of vegetation impacts (10/3/2022) shows the general footprint of the storm between Tampa and Fort Myers based on satellite-observed impacts as measured by change in the Normalized Difference Vegetation Index (NDVI).  Fortunately, the 30th of September was a rare day with clear skies from which this initial assessment could be conducted using a Sentinel-2 satellite at 10m.Change is compared with the late summer 2022 condition, immediately prior to the storm. 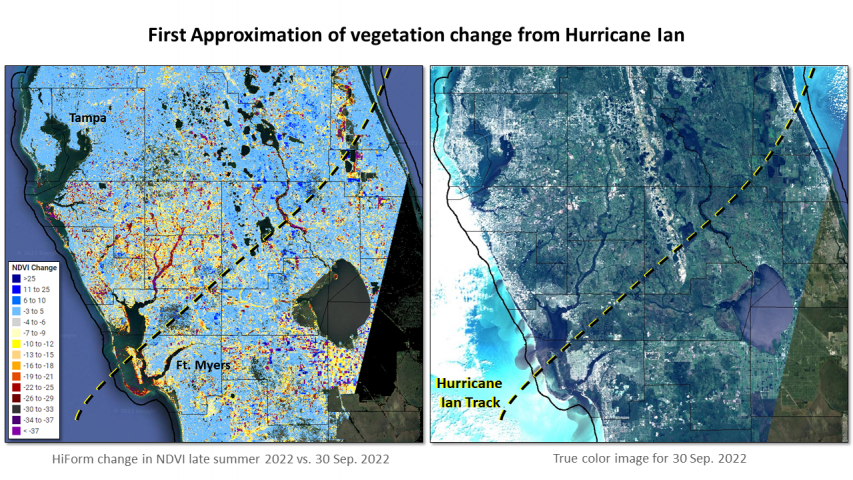 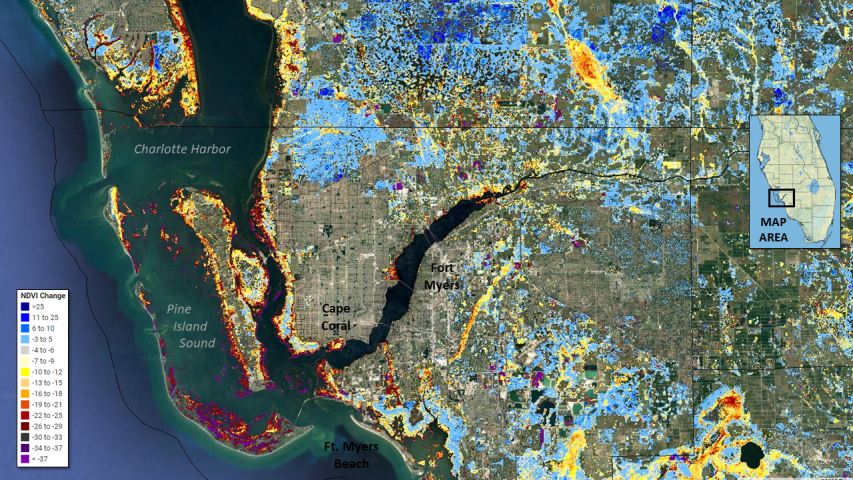 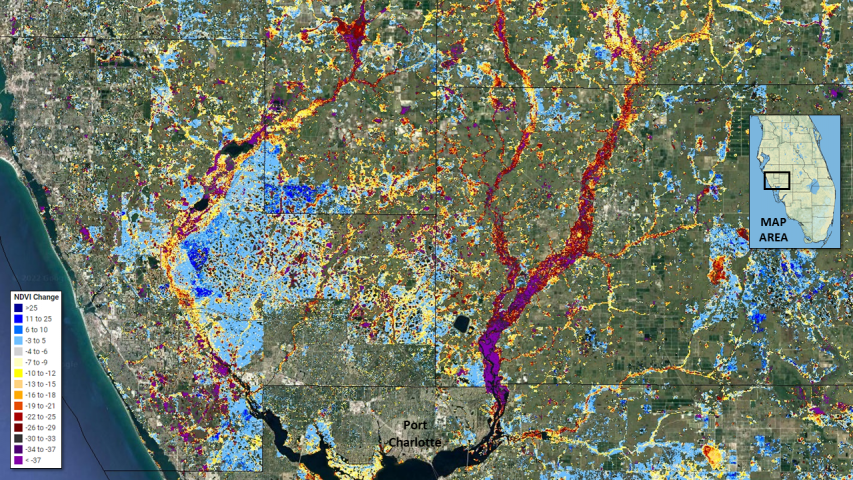 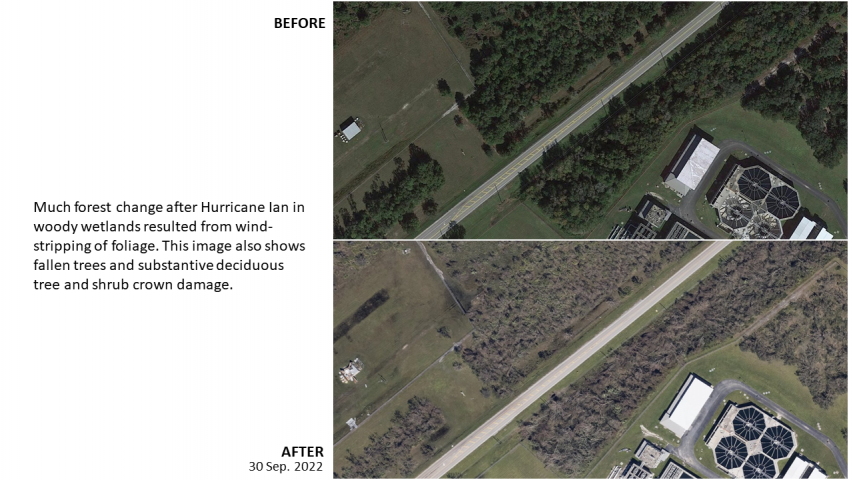 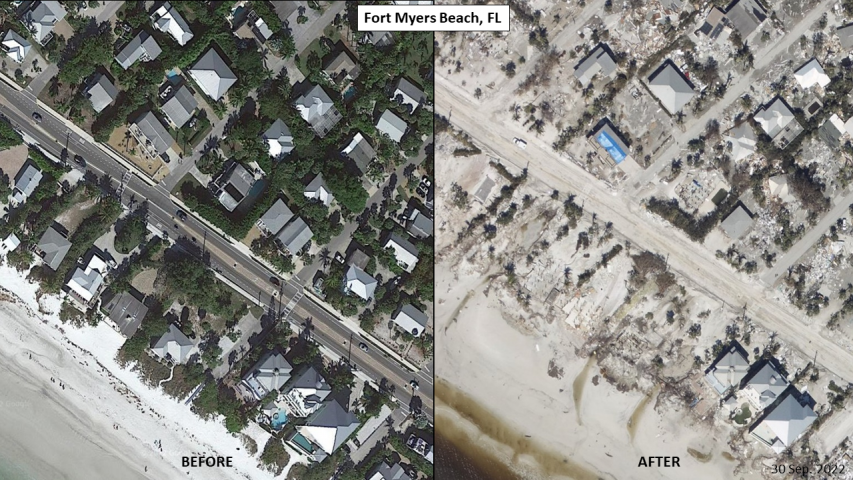 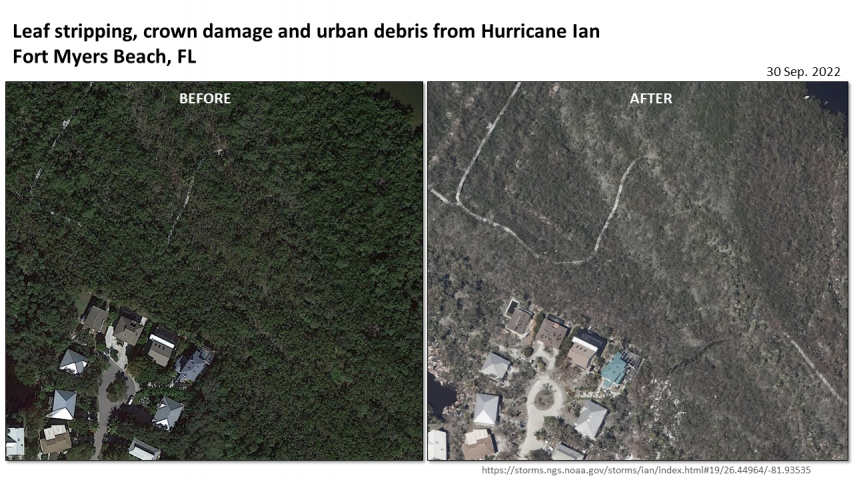 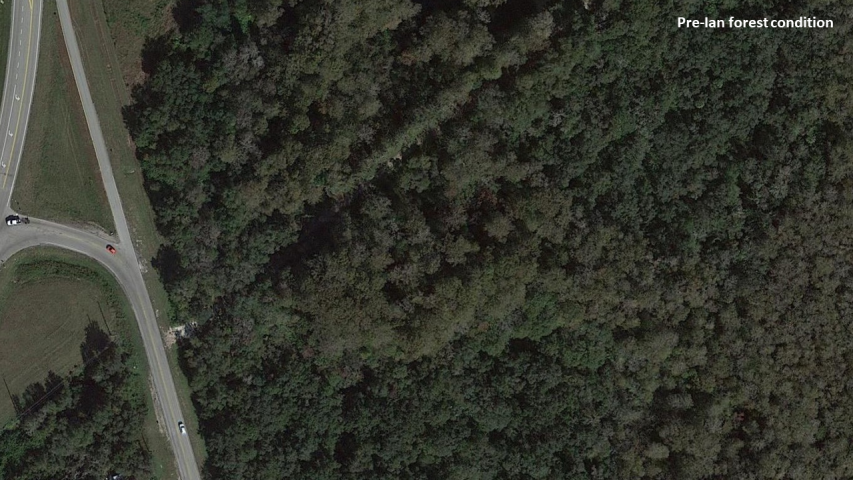 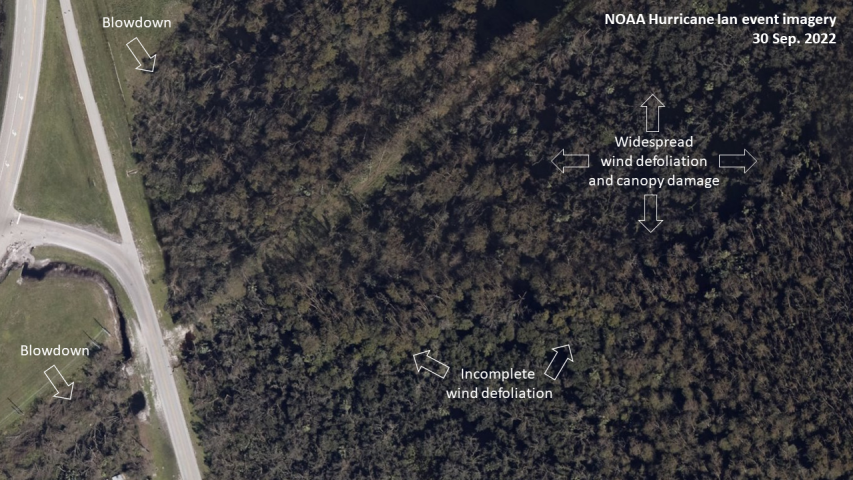 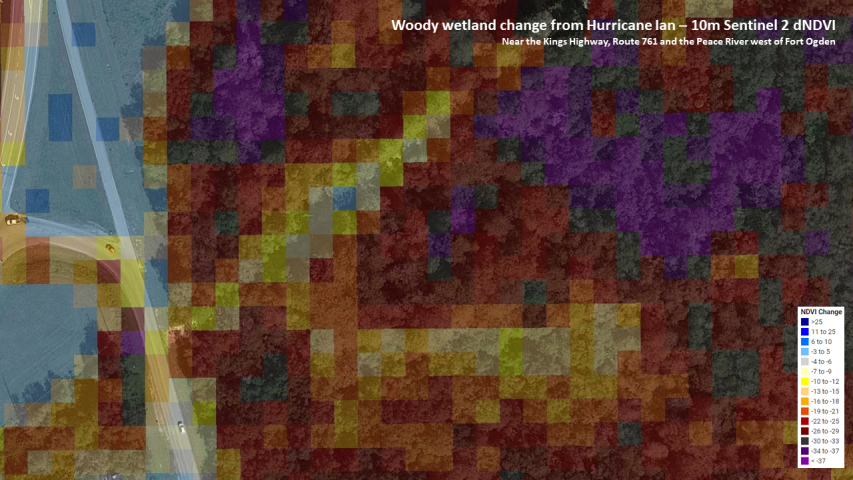 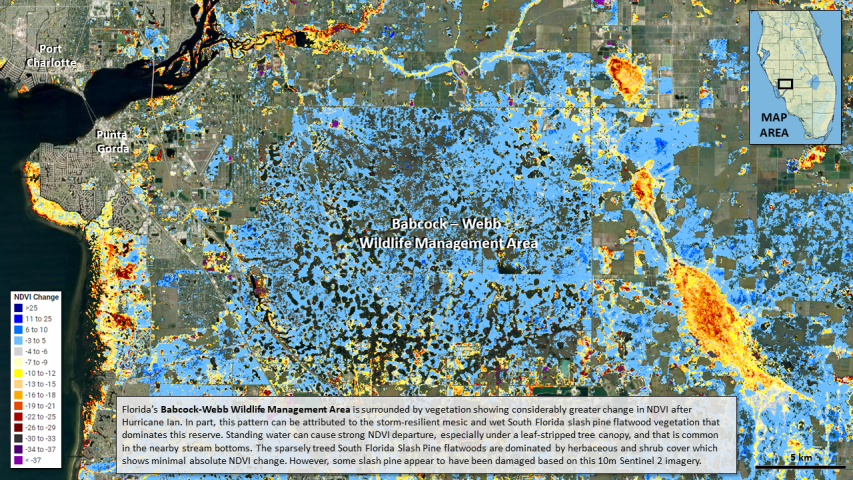 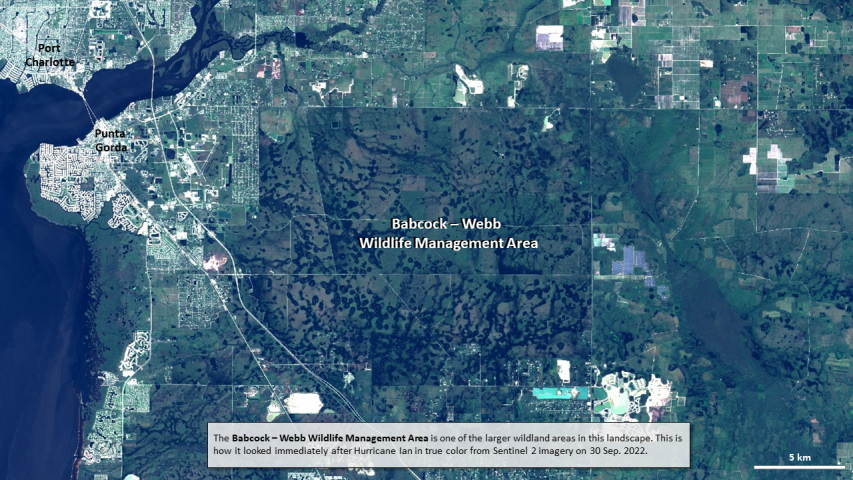 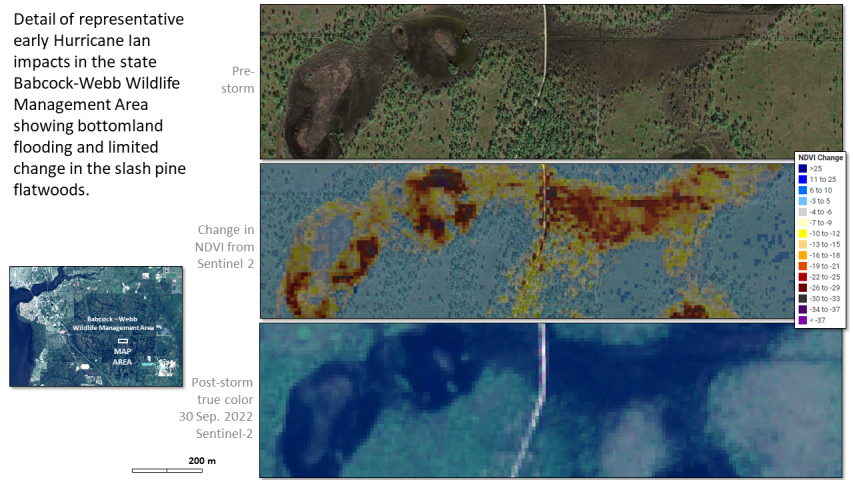 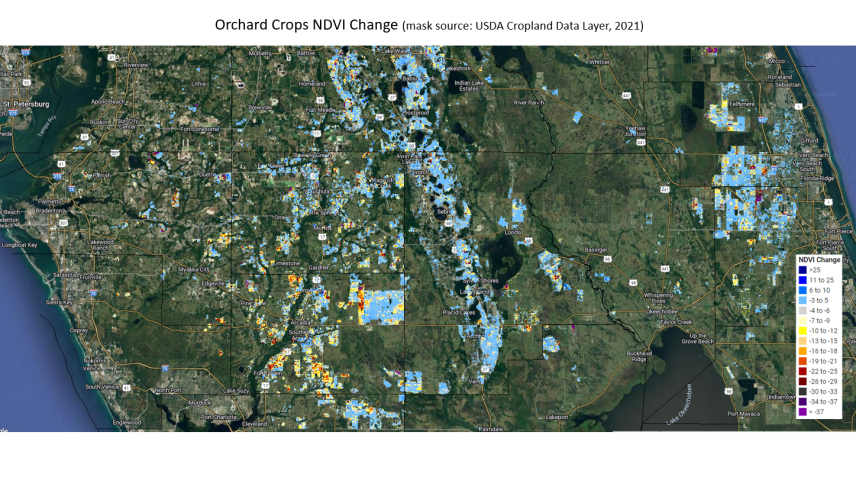 As with any initial assessment, caution is warranted because the cause of NDVI decline in bottomlands and wetlands is hard to resolve with precision due to water effects from flooding. The canopy above these flooded wetland areas often lets the water show through because of widespread leaf stripping--that is, its not just flooding, but the visibility of water that can mislead. Ideally, we would separate leaf stripping, which generally has ephemeral impacts, from true structural canopy damage or blowdown. From the available very high resolution imagery from NOAA flown in the days after the storm, it is clear that near-coastal areas included structural damage, including bole damage and that leaf stripping was widespread. These impacts are consistent with the reported wind speeds of this category 4 storm. Field validation and subsequent assessments are needed to fully understand the impacts of this historic storm on the regions vegetation.