Like much of the eastern US, western Tennessee experienced a warm March followed by a cold April for 2020. Some valleys of the western Highland Rim show a sharp slow-down or even reversal in the progress of green-up after April 15. Areas of "spring reversal", in particular, were likely caused by freezing temperatures from cold air drainage. While localized impacts from cold provide a temporary set-back for tree foliage, particularly for vulnerable species, effects are nearly always ephemeral as measured by remote sensing. In extreme cases such as the Big Freeze that hit this same area during early April of 2007 after a warm March, such defoliation can partially expend winter-stored carbohydrates and it may have a lasting effect on tree reproduction or growth for the year.

The first of HiForm's 10m-resolution maps compare conditions in early May 2020 to a similar time in 2018. The last two maps show spring progress as a percentage of development using the prior winter and summer as context. These maps reveal the remarkable influence of cold spring weather on forests as mediated by topography. 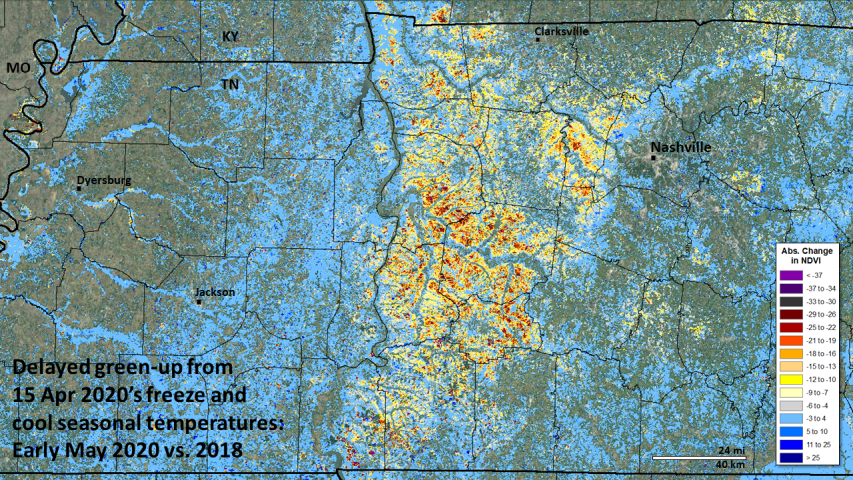 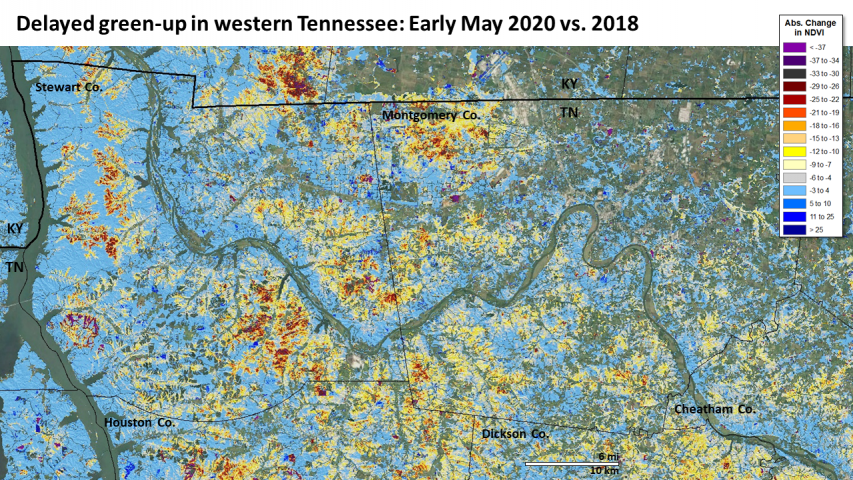 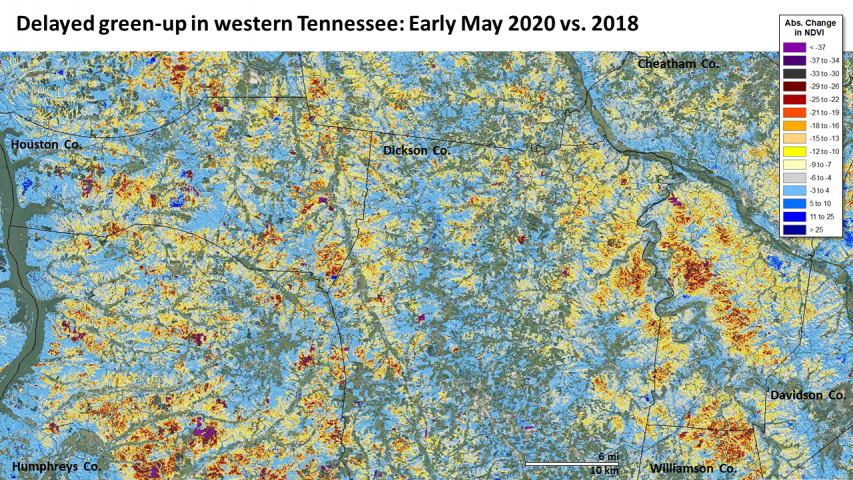 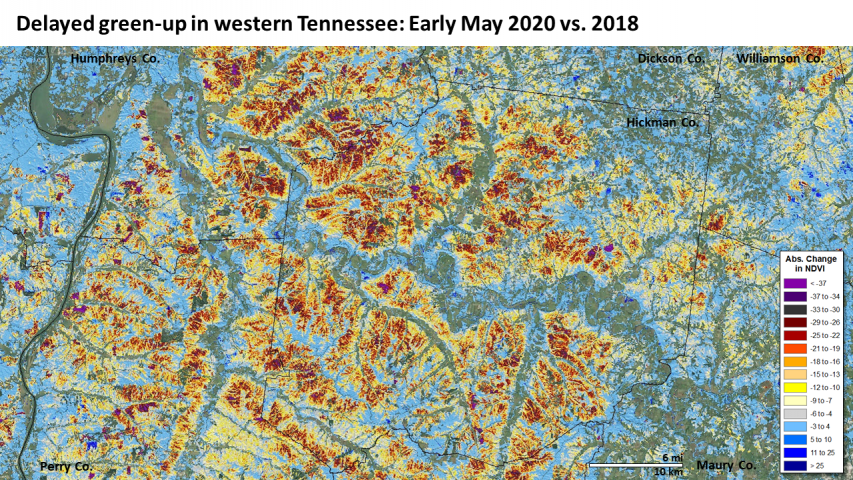 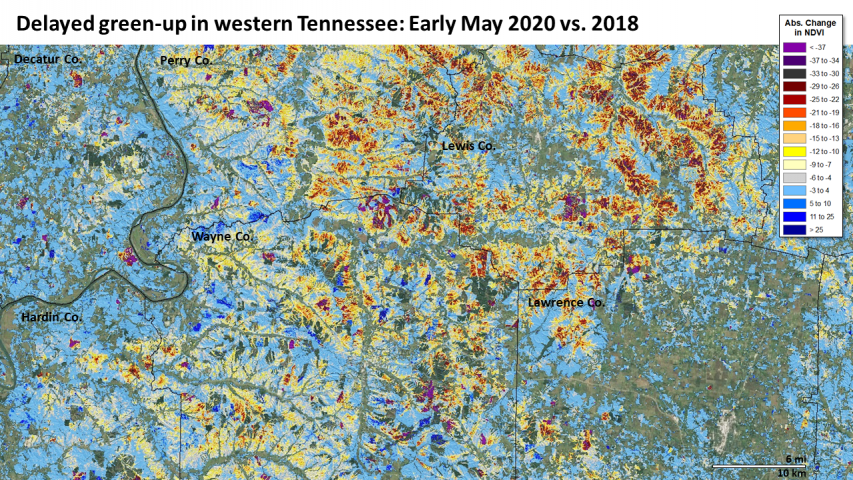 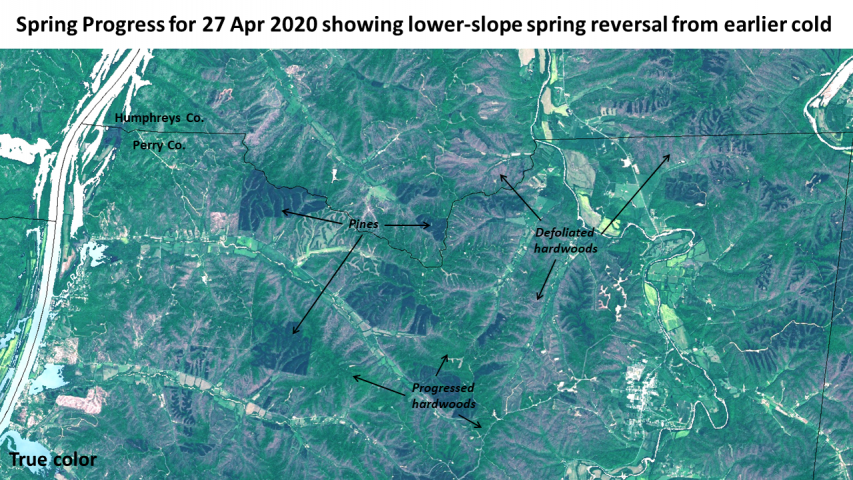 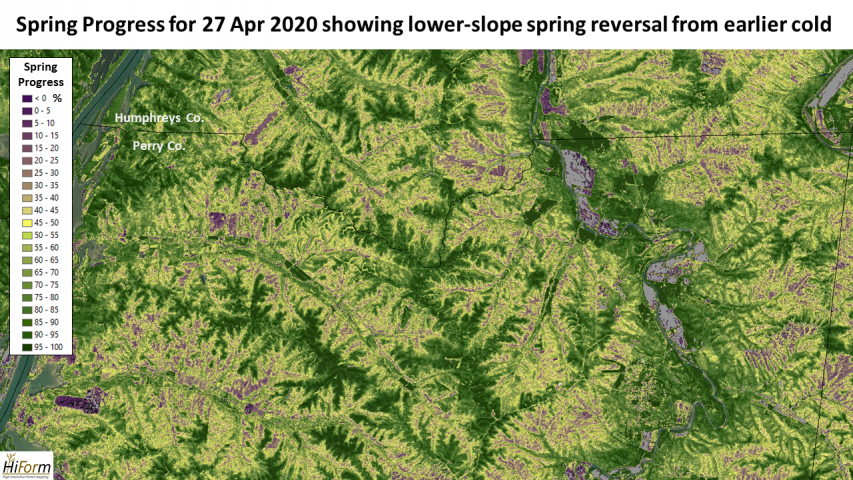