The unusually active 2020 Hurricane season included Hurricane Laura that reached Category 4 status before making landfall in western Louisiana on August 27th. This was the 10th strongest US hurricane landfall by windspeed on record and it caused widespread destruction to pine and hardwood forests that extended well inland.

Forest managers want to know where damage occurred as soon as possible, but this map was difficult to produce in September due to frequent clouds. Due to the limits of this technology, we also avoid use of specific categories of "severity" opting instead for a relative scale of NDVI departure. If we would ascribe terms like catastrophic-high-medium-low severity that would imply very specific tree impacts that are at best correlated with our gradational measure of departure.

Forest impacts from extended periods of high wind with flooding are challenging to resolve in these coastal landscapes because much of the change that we document may not be damage. We normally only seek to isolate structural tree damage such as uprooting, breakage or canopy damage. However, bottomland hardwoods and more so bottomland cypress forests regularly show persistent departures caused by standing water. As these bottomland sites are typically well adapted to flooding, that cause of change is a distraction. Broadleaf forests are also more susceptible to leaf stripping, which can be ephemeral, only reducing the growing season and annual productivity a bit. Like water, that is a non-targeted cause of departure in our post-hurricane assessment process. 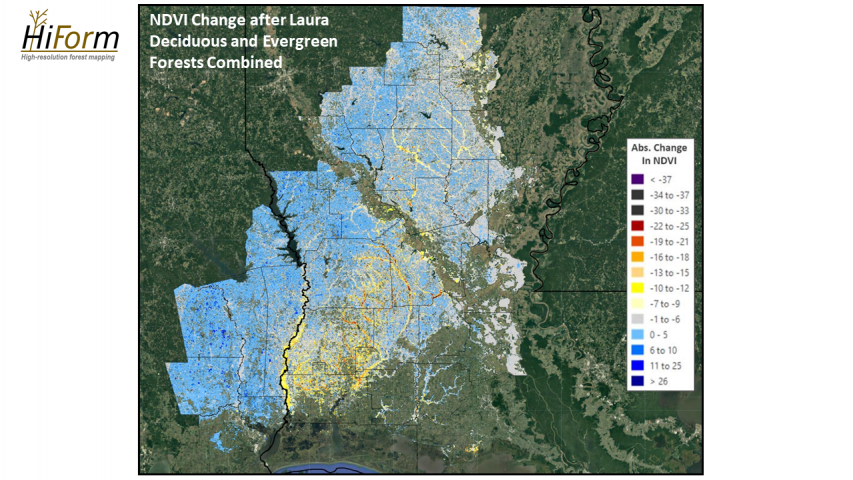 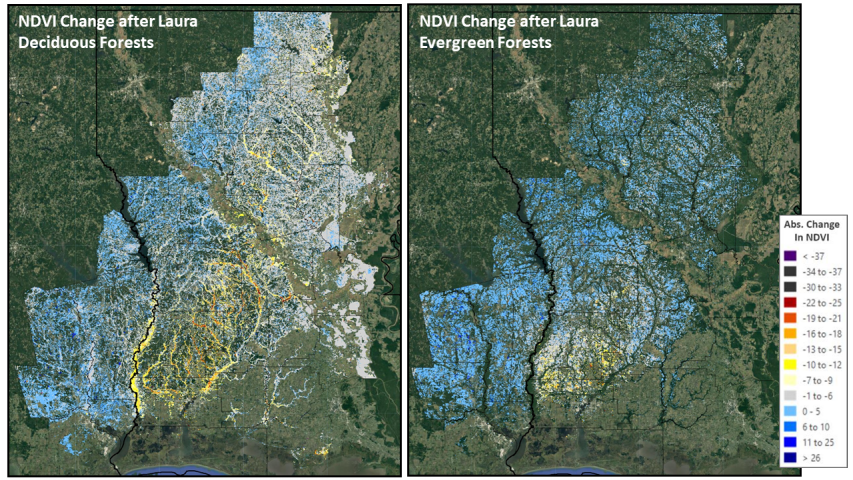 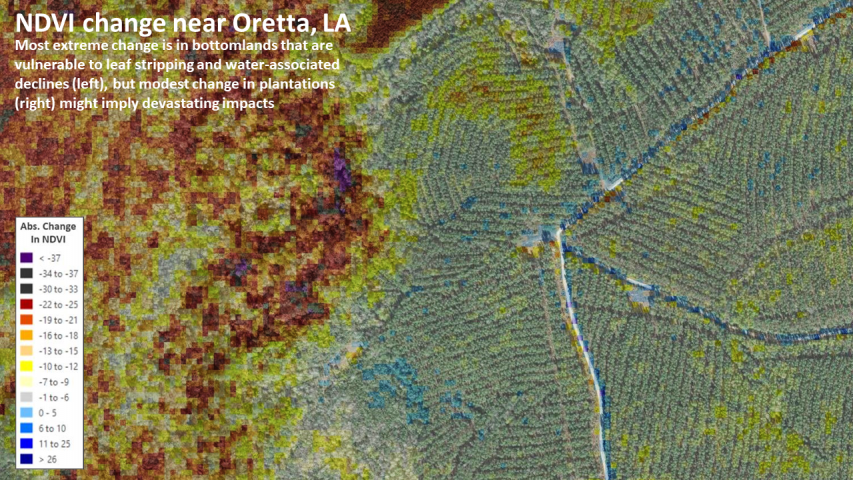 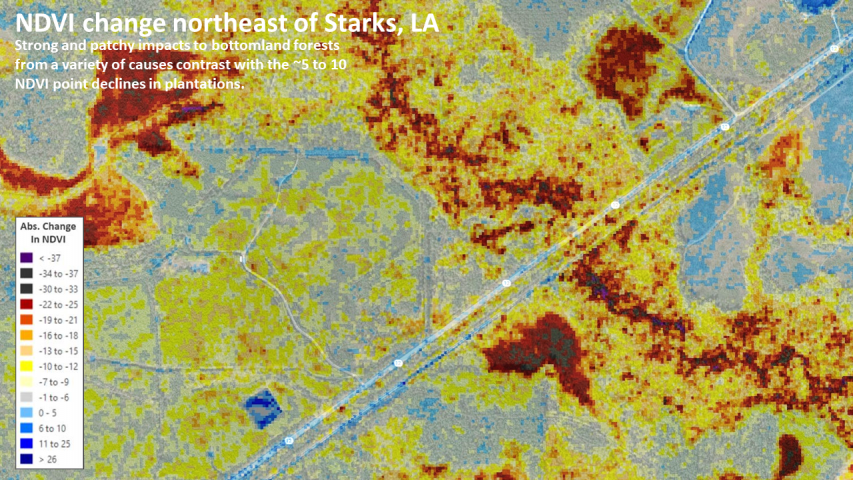 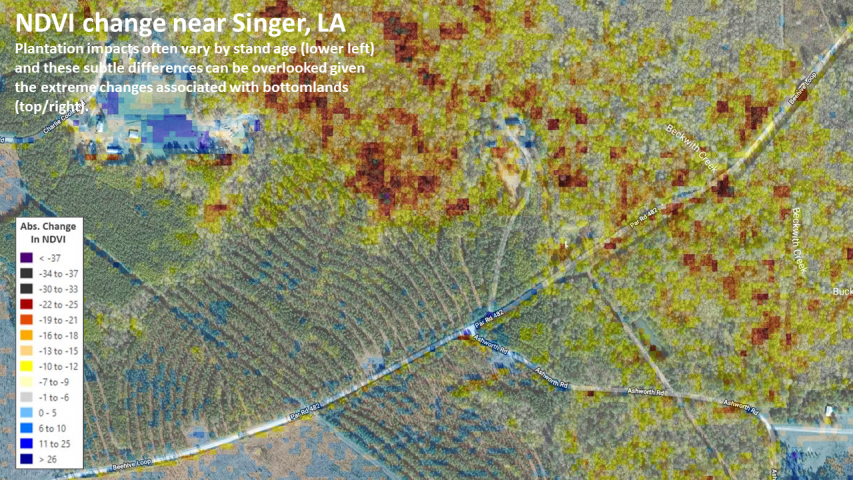 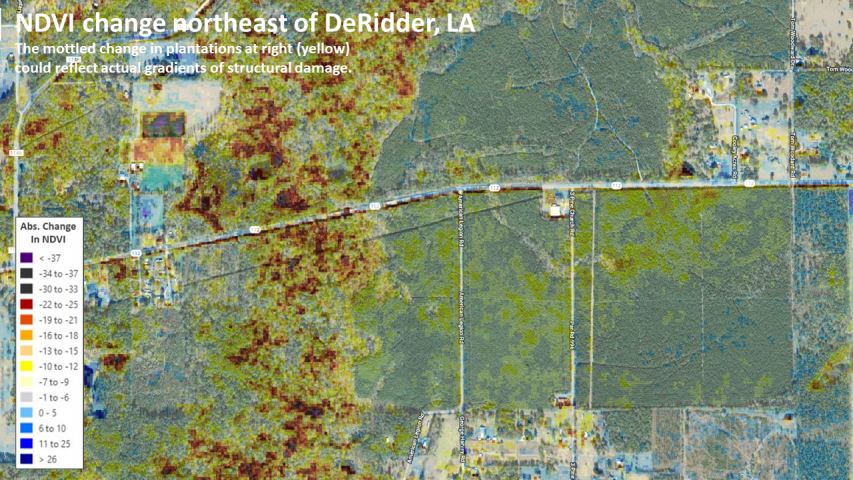 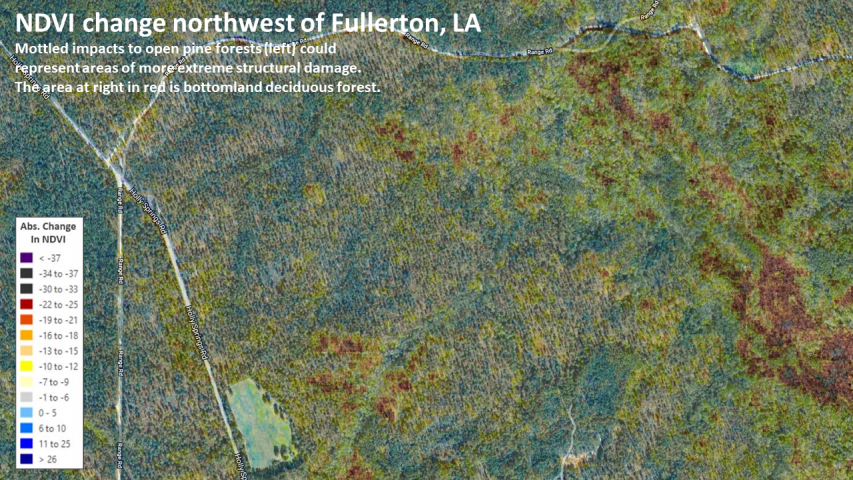