In contrast to the broad forest devastation caused by Hurricane Michael's winds a few weeks later, Florence's observable impacts were largely caused by flooding, given Florence's slow rate of spread inland. Standing water was common in low lying areas and that lowers NDVI, making this an ephemeral impact that can be readily confused with direct damage to forest canopies, especially where bottomland hardwoods have their leaves stripped by strong wind. Standing water recedes over weeks, and even in the immediate aftermath, its importance can be mapped with water-sensitive wavelengths and radar, although it can be challenging to resolve an accurate threshold for standing water using radar when water occurs under a dense forest canopy. In the Croatan National Forest, most of the detectable change a month after Florence was confined to bottomlands that likely experienced leaf stripping which constituted a premature leaf abscission of the deciduous canopy. Compared to Hurricane Michael, canopy damage was relatively isolated and of a lower degree. 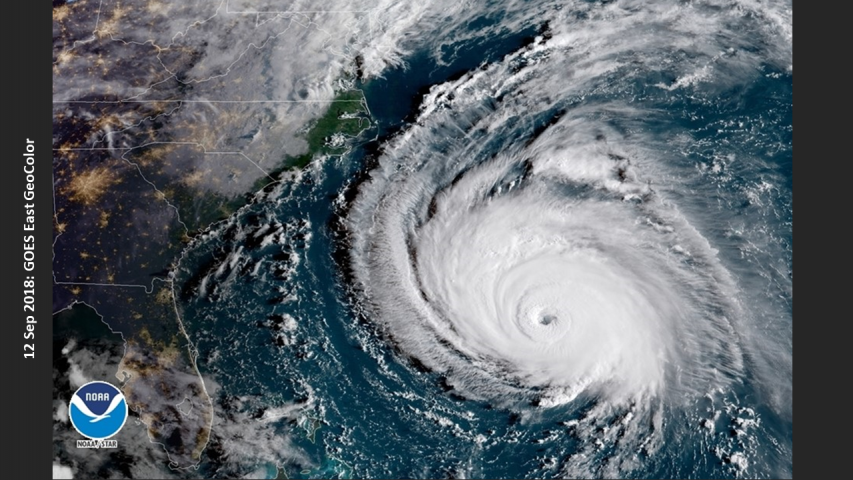 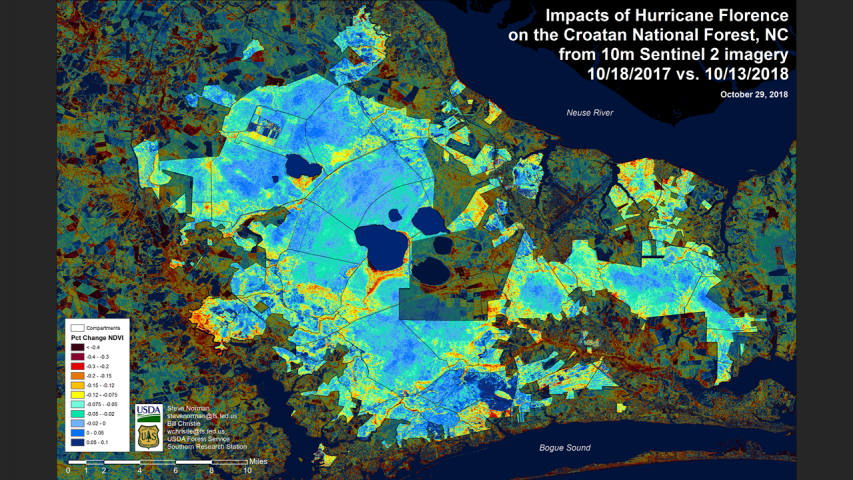 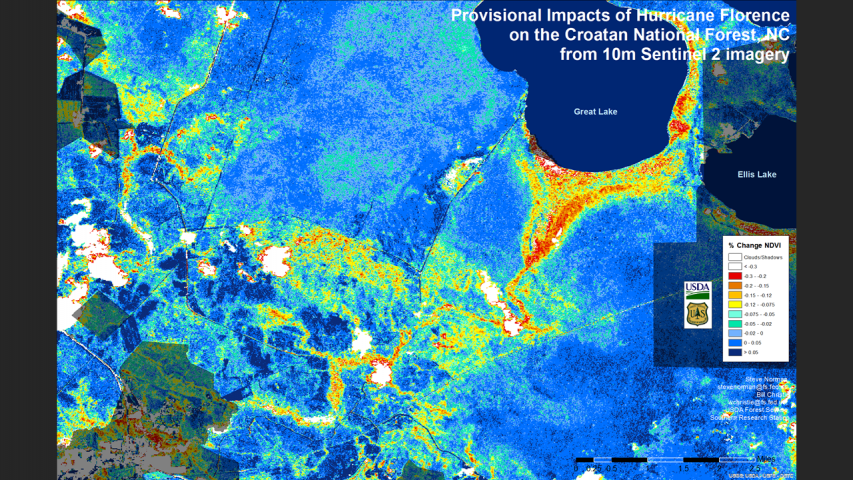 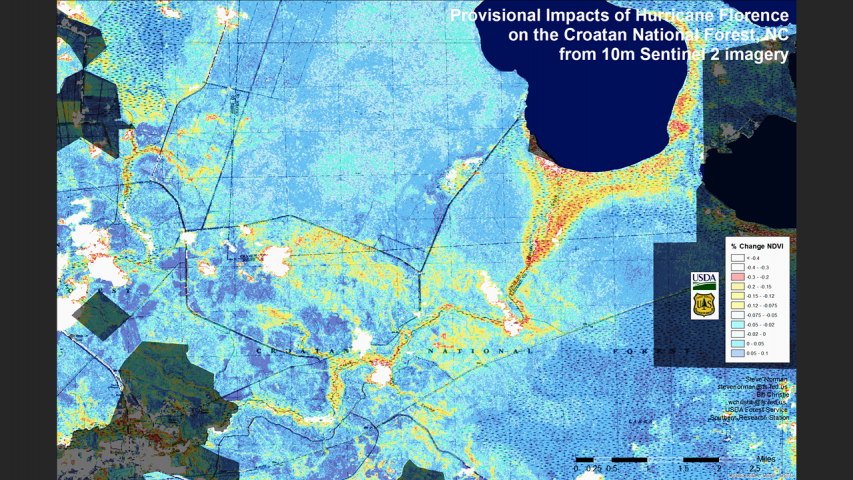