Southern Missouri experienced an "inland hurricane" or "super derecho" on May 8, 2009 that caused massive damage to the area's forests. Derechos are frequent in this part of the US, happening as often as 4 times over three years. This particular event was particularly intense and damaging to state, private forests and the Mark Twain National Forest and it has been comparatively well documented.

This HiForm map shows change in NDVI from the prior growing season to that which followed the storm. It relies on 30m Landsat 5 and the full-season composite provides a fairly robust cloud-free view of impacts for the area shown. Any salvage logging will only show up if there was no clear view in the early summer prior to logging, as the HiForm algorithm selects for the "greennest" available during the May 15-Sep 21 2009 growing season window. 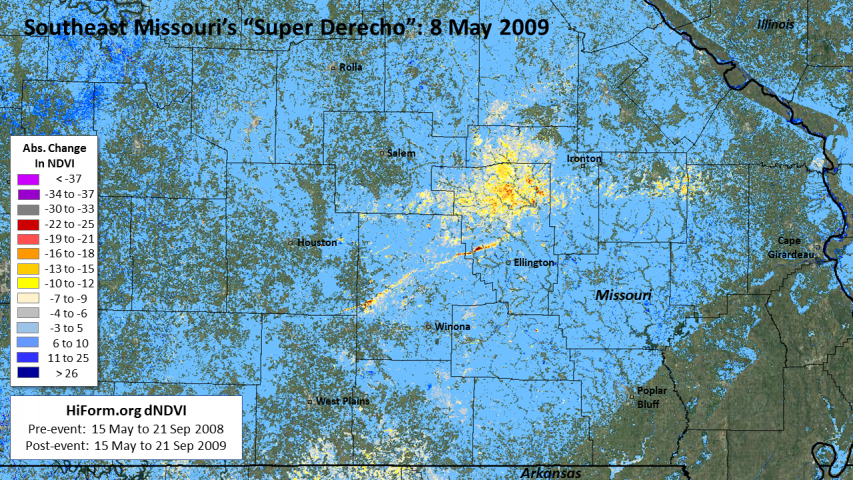 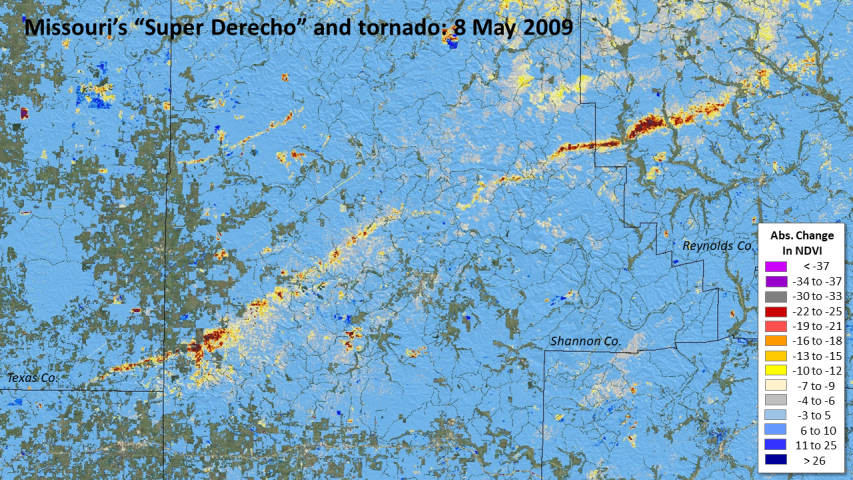 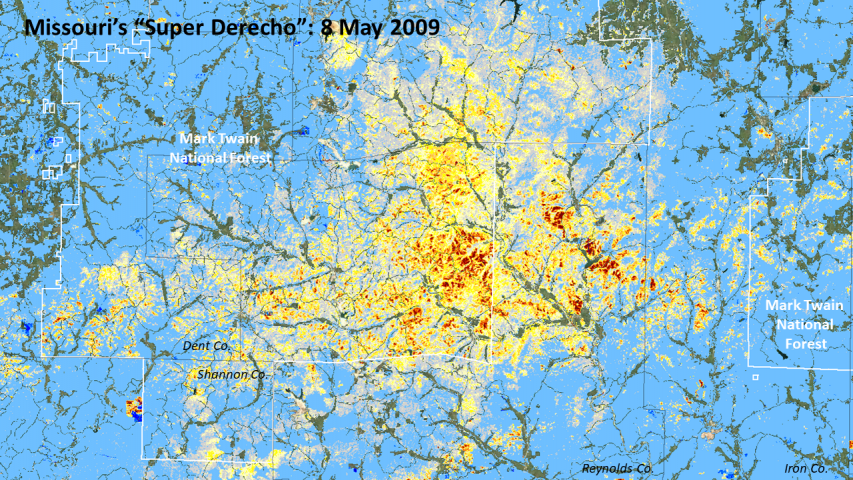 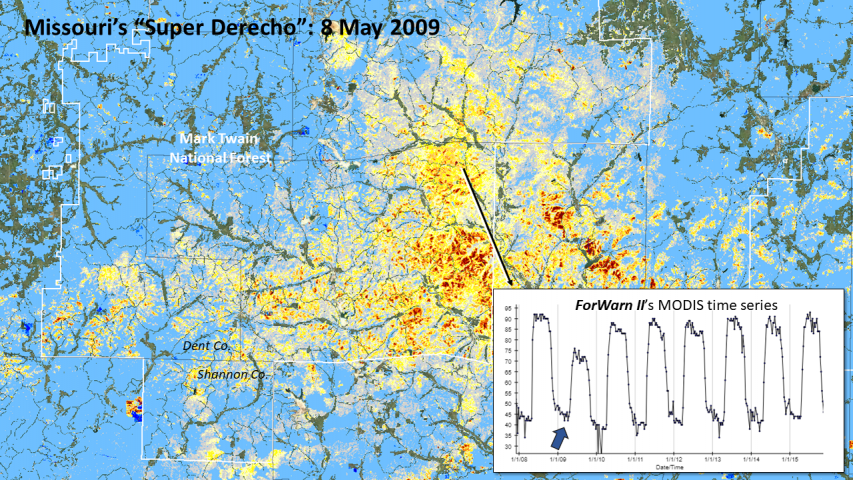