Among the most remarkable derechos to have impacted the National Forests of the US in recent decades occurred on the fourth of July 1999. It crossed through the Superior National Forest near the Canadian border. The Boundary Waters Canoe Area Wilderness was hit especially hard, as were a large number of campers and canoeists who were on holiday there and then.

Using Landsat 5 in HiForm, the damaged area was mapped to be about 50km (30 miles) long and from 5 to 20km (4 to 12 miles) wide, consistent with earlier assessments.

With so much blowdown over a vast portion of a popular area for recreation concerns quickly rose about the risk of catastrophic fire. As this was Wilderness, options for fuels treatment were limited and campers like fire.  Over subsequent years, several large wildfires did occur, including the 7-14-2006 Cavity Lake Fire, the 5-5-2007 Ham Lake Fire and, south of the most strongly affected area, the massive 8-17-2001 Pagami Creek Fire. To reduce the catastrophic fire hazard, the Superior National Forest has conducted several large prescribed fires here, though the hazard of large wildfire is likely to remain for some time to come. 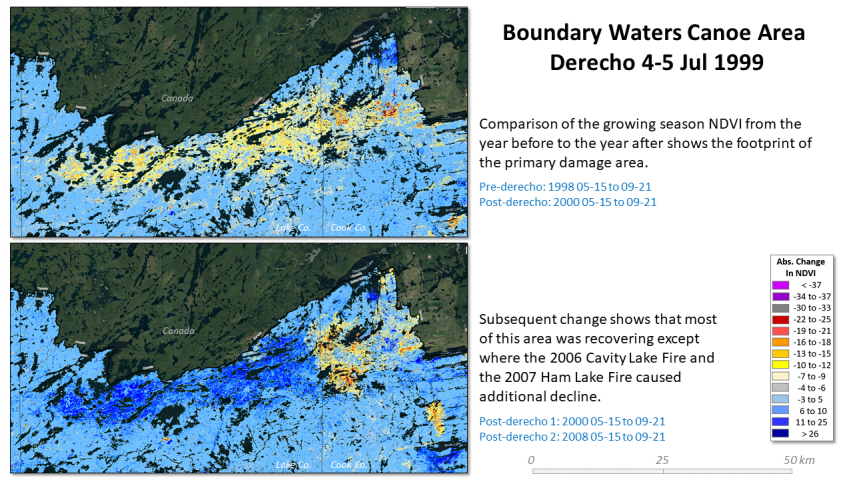 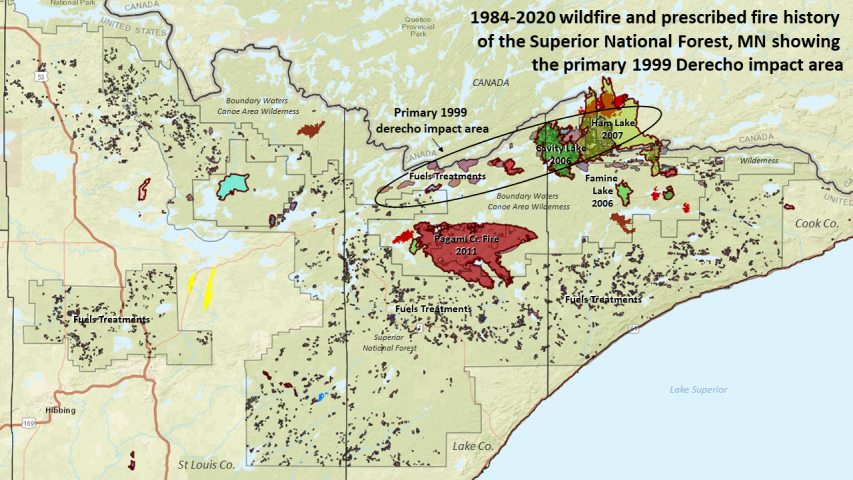 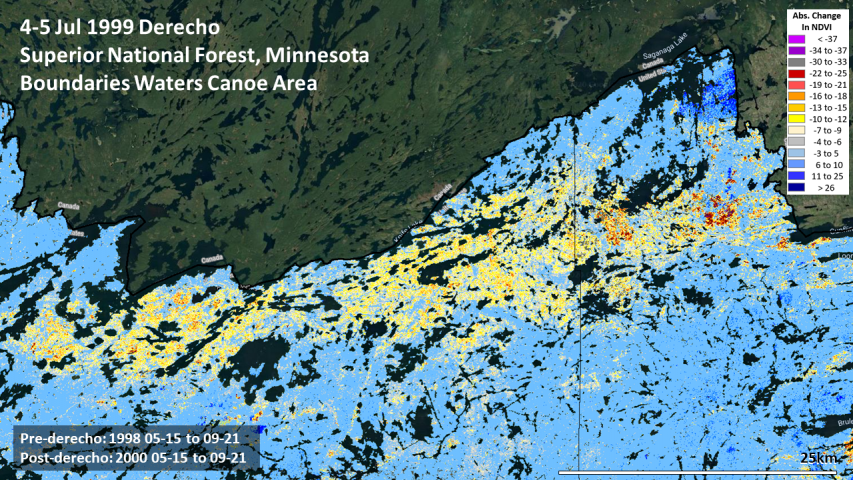 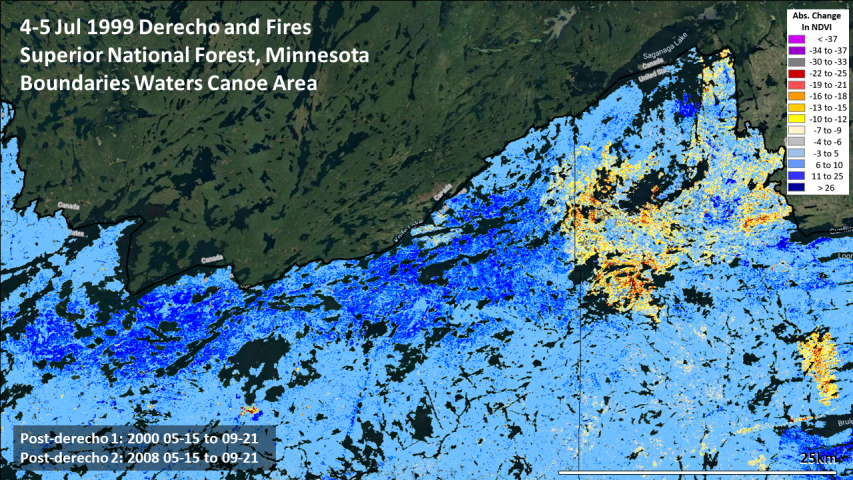